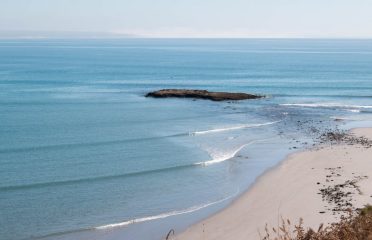 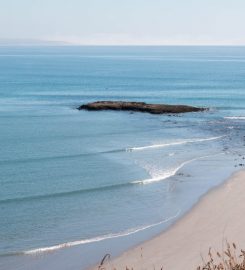 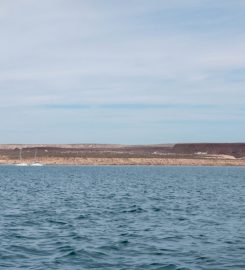 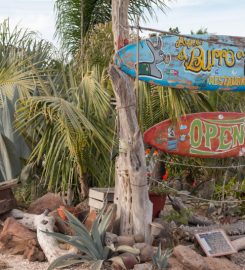 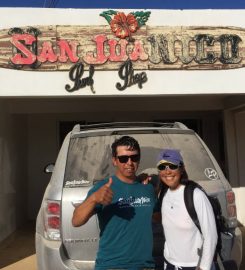 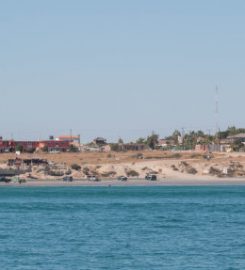 It was a random and happy accident that we stumbled into the anchorage at San Juanico (not to be confused with it’s very popular namesake on the other side of the baja) on our way south in 2016. It had been chilly, and the wind and waves were up for a couple of days from the SE, making Abreojos a little uncomfortable. So it was a bit of a gamble whether the anchorage at San Juanico would be comfortable enough to sleep. We needn’t have worried, as the SIX-pointed headland that wraps into the bay cuts the wave and swell action down at each successive point, resulting in a basically flat, although small, bay tucked into the interior below the town. It’s a hidden oasis for expats looking to paddle and surf, and who don’t mind not having power through most of the day (no kidding).

Give the headlands to the north good clearance on your way in, as surf can break well offshore here. Just curve your way into the inner bay and watch the depth sounder and keep an eye out for fishing gear (typically on the south side?)

Stay clear of any moored fishing boats and find your spot in 15-25 feet over sand. Holding is good.

This place is adorable, if you like scruffy mangy mutts. There are a small handful of restaurants and a few markets, and exactly zero nightlife or traffic. The power (as of 2016 anyway) is still very intermittent, with periods of power in the morning until 10am and again from 5pm until 10pm, despite being able to see a large wind power installation to the north of town (still not connected after many years, we’re told). Enjoy the company of leathery surfer expats at the Dusty Burro, and find wax and a replacement for your broken surfboard fin at Nico’s surf shop.

The surfing here is deservedly famous, with a dial-a-surf option based on which point you choose. On the days we were there, surf was overhead out at points 6 and 5, and about one foot at point 1. Points 3 and 4 were perfect longboard waves, and there’s plenty of room for people to spread out. When it’s really going off, it’s actually possible to string together a nearly 2km ride connecting all the points together. Epic indeed! 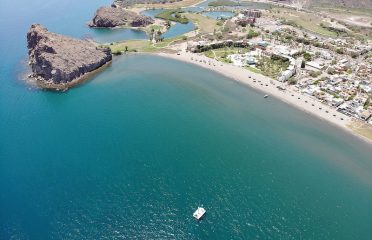 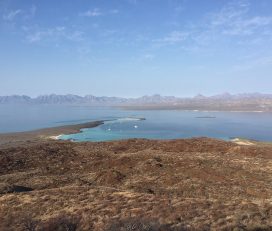 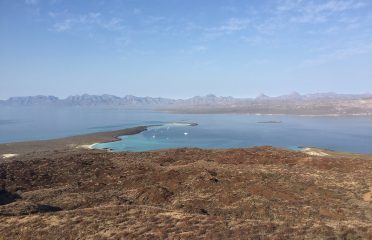 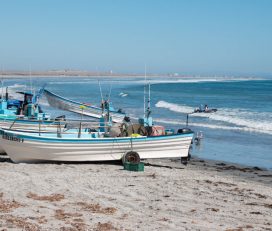 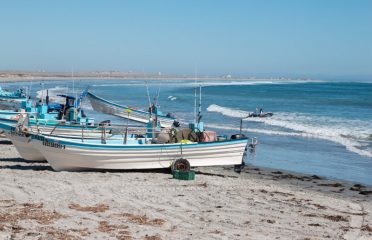