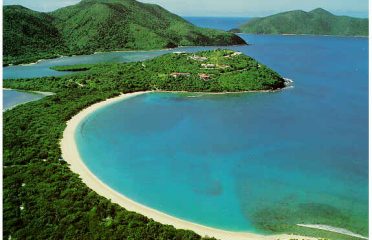 Near the airport, but without the insanity of Trellis Bay

British Virgin Islands
Near the airport, but without the insanity of Trel... 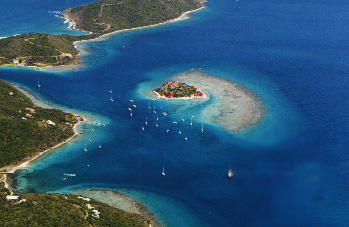 Pusser's Rum has it's own little island it seems...

British Virgin Islands
Pusser's Rum has it's own little island it seems..... 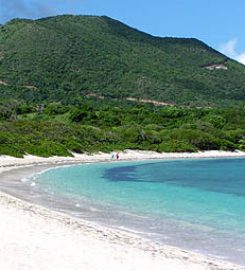 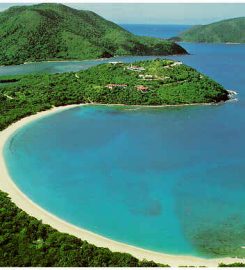 Near the airport, but without the insanity of Trellis Bay

There seem to be Long Bays all over the place. This is a sneaky little spot close to the Beef Island Airport without crowds or moorings, or the facilities that generally attract them. Simple, beautiful curve of beach, minimal housing, nice swimming, and good holding. The only drawback can be that the anchorage is exposed to a northerly swell, if present. But if things seem calm from the north, this can be a delightful day stop or overnight.

If you are heading East along the north shore of Tortola, you will likely pass between Guana Island and Tortola, about a half mile from here, you can see Long Bay peek from around the headland past the bridge that separates Tortola proper from Beef Island. Look for the airport tower and the forest of masts that define Trellis Bay, then pan to the right and look for the inviting sandy beach. There you go. There are a couple of shoal areas to keep an eye on, one close to the steep headland on the west side of the bay, and a couple of rocky areas on the eastern side and offshore (midchannel, marked with a yellow/black can) directly north of the airport. So if approaching from the East, really keep your eyes open…

No moorings, anchoring is good holding in decent sand. The only concern would be a northerly swell, so don’t settle in here overnight if one is present. This would make for a rolly night, and the sandy beach can become a lee shore in a norther.

Not much. Just a public park/beach with minimal facilities. Great swimming, but not much else to note. We have noticed periodic wafts of something stinky coming through the bay, and we hope this is nothing more sinister than smells from the pond next to the runway at the airport(?).

Snorkeling across the channel in the little bays and around the southeast point of Little Camanoe Island. We’ve never seen anyone else there, coral and fish variety is fantastic, and the sea fans in the bay on the north side of the little peninsula alone are worth the trip, as long as the sea state is mellow enough for the dinghy transit. If snorkeling around the point or into the channel between Little and Great Camanoe Islands, beware of the current. It can all but overwhelm even strong swimmers at times. 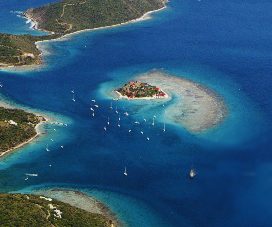 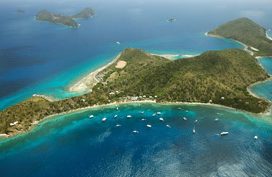